We got a chance to explore Seattle, Washington this past November.  It was a bit chilly in the mid 40s during the entire time we were there, but our goal of getting some photos of the city scape and autumn colors was more successful than we could have hoped for.  Thankfully the weather cleared up just enough on a few days when we were there.  All photos were taken with a Fujifilm X100T with it's built in lens, TCL-X100, or WCL-X100.  All images are available for print.  Please contact us for more information.

The Sheraton Seattle Hotel is conveniently located in the heart of the city on 6th Avenue, making it easy to walk just a few blocks to get to some of the areas we wanted to photograph. 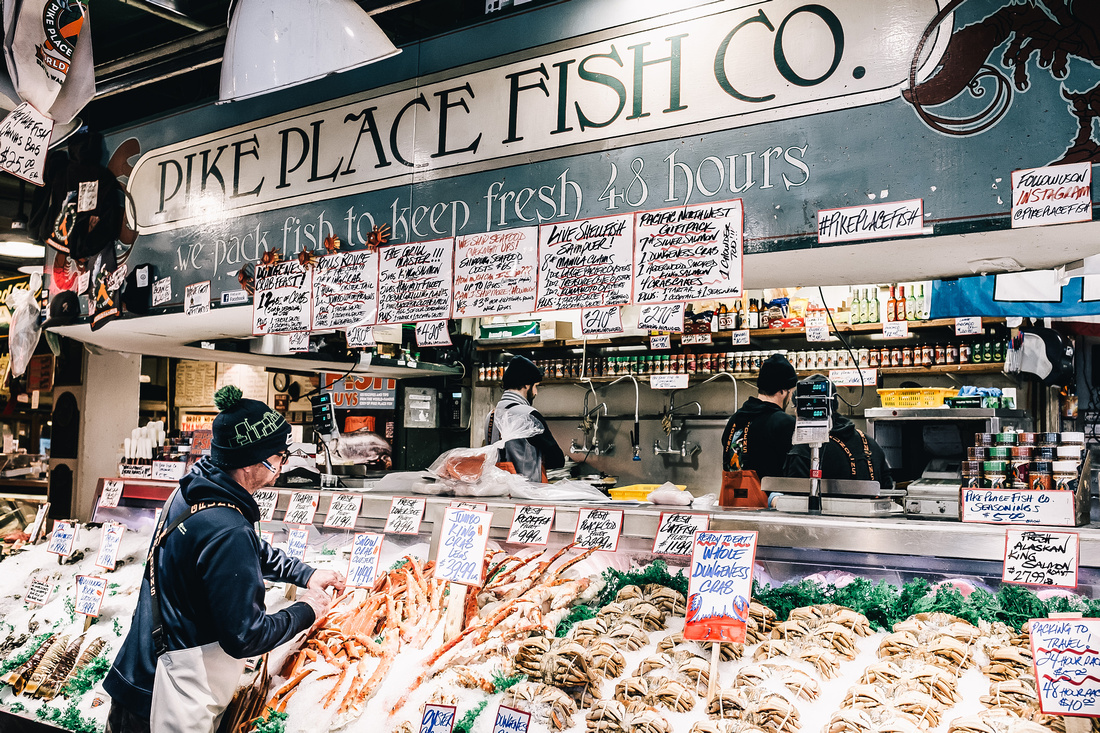 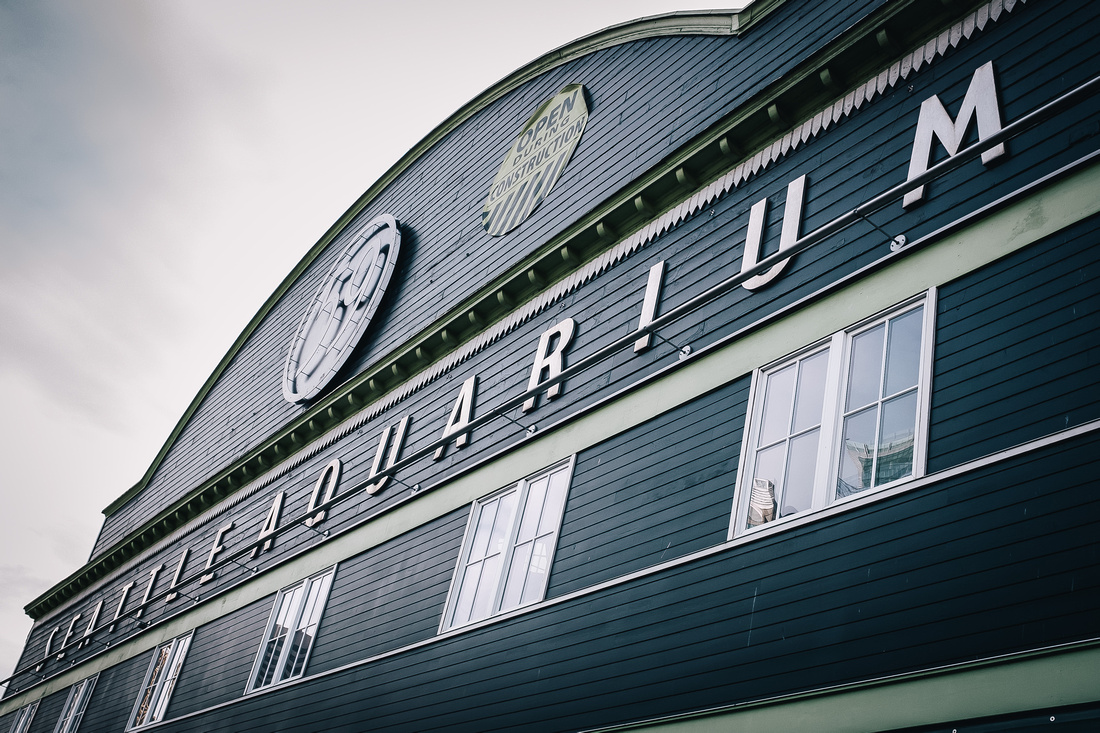 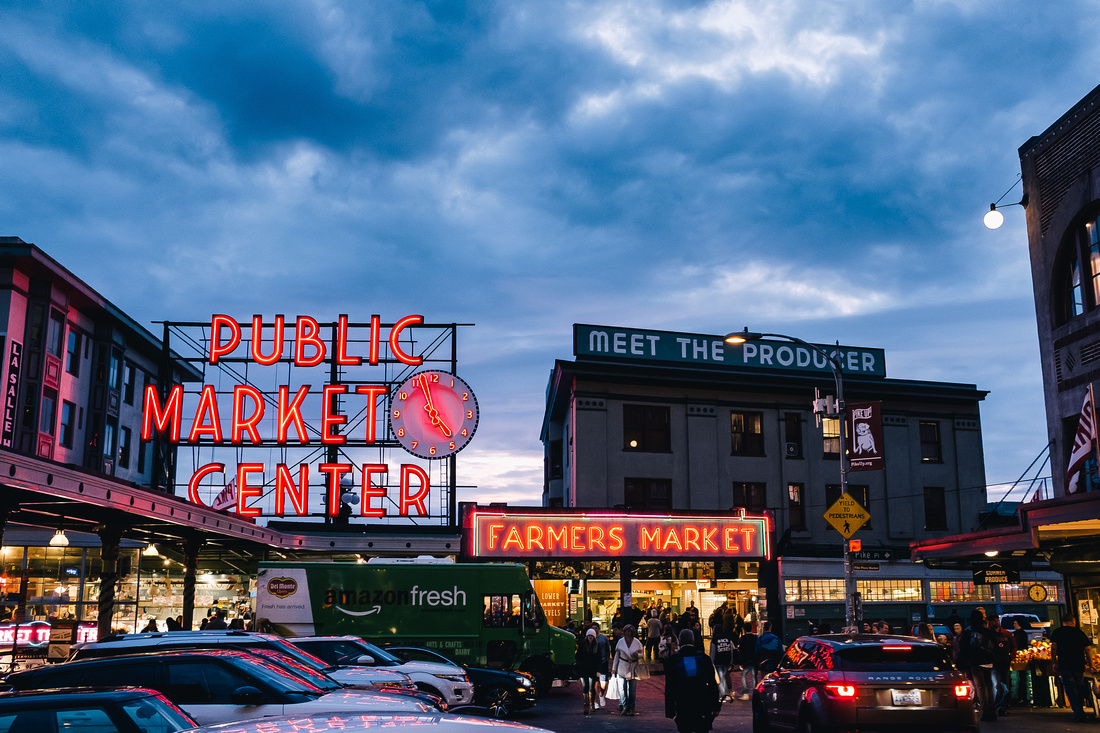 Given how much we weren't used to the cold being from Hawaii, it was tempting to grab some clothing from Arc'teryx. 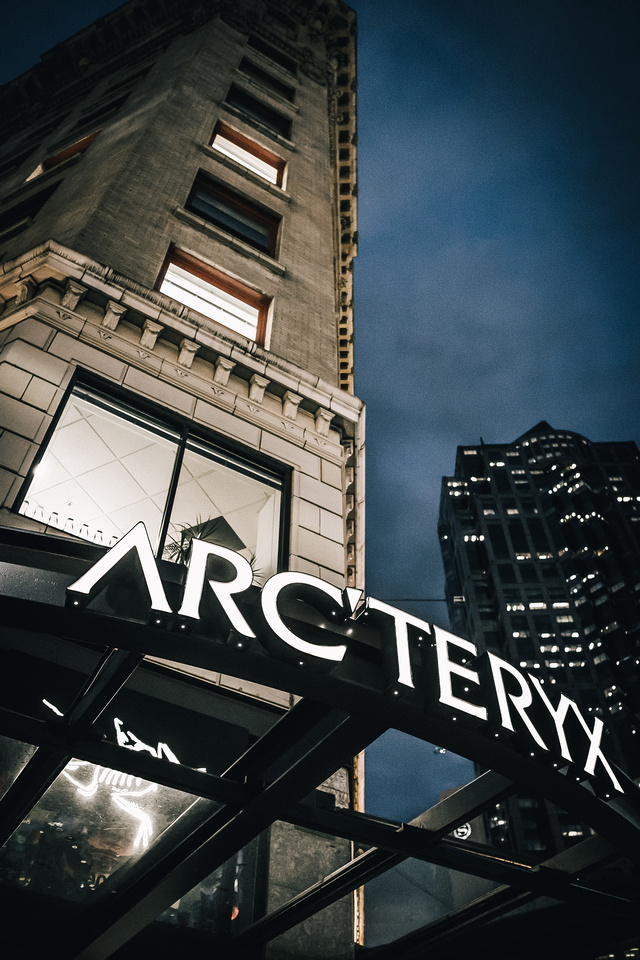 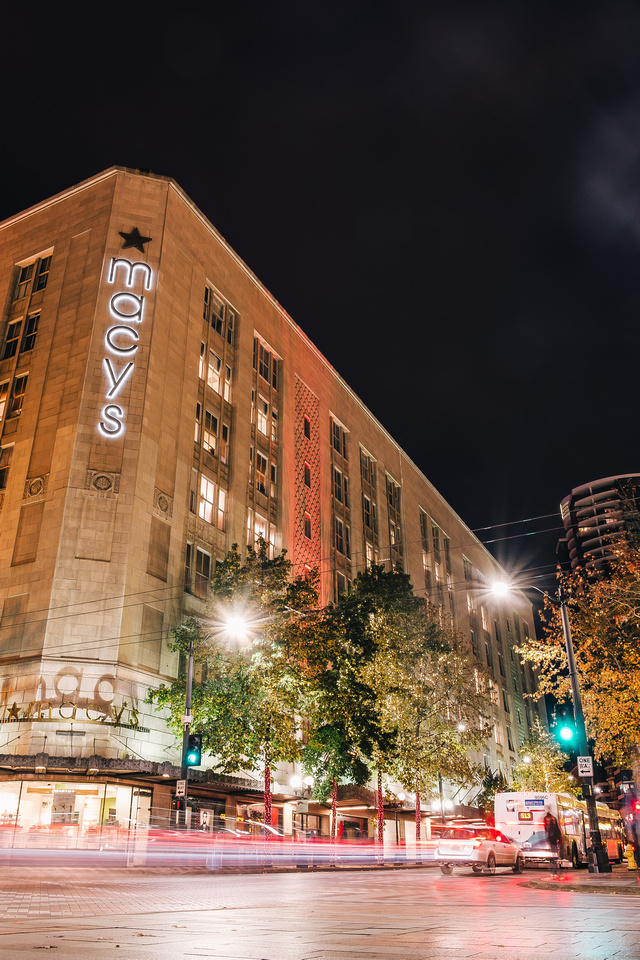 Definitely one of the main goals of the trip was to photograph some autumn colors.  Seattle did not disappoint! 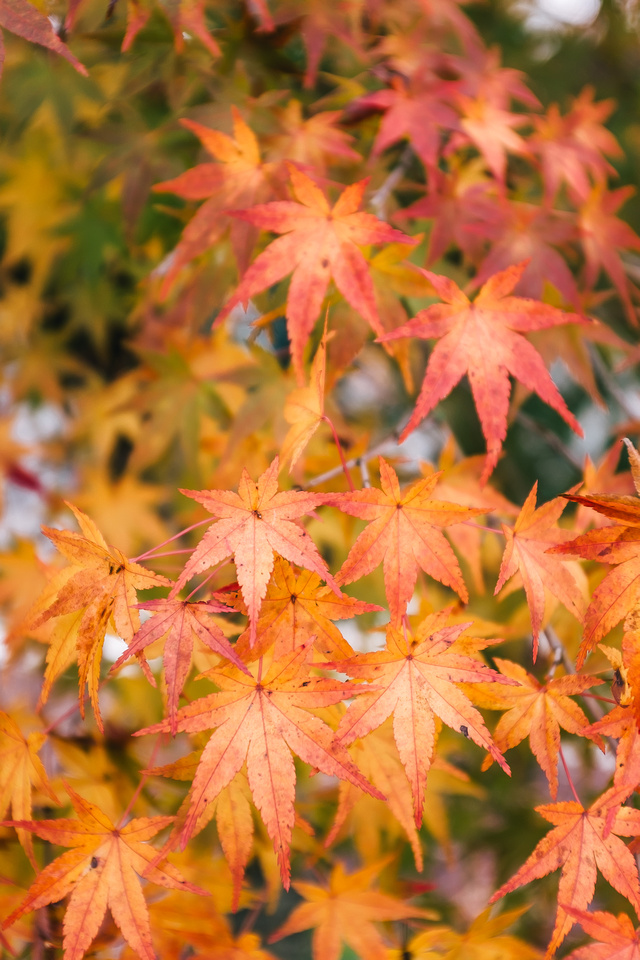 Just a little ways down the road from the well known Kerry Park (which we'll get to in a minute) is the lesser known Marshall Park.  We actually stumbled upon Marshall Park because we were trying to find a place to turn around to get back to Kerry Park.  Sure glad we made our way back here to catch the sunset. 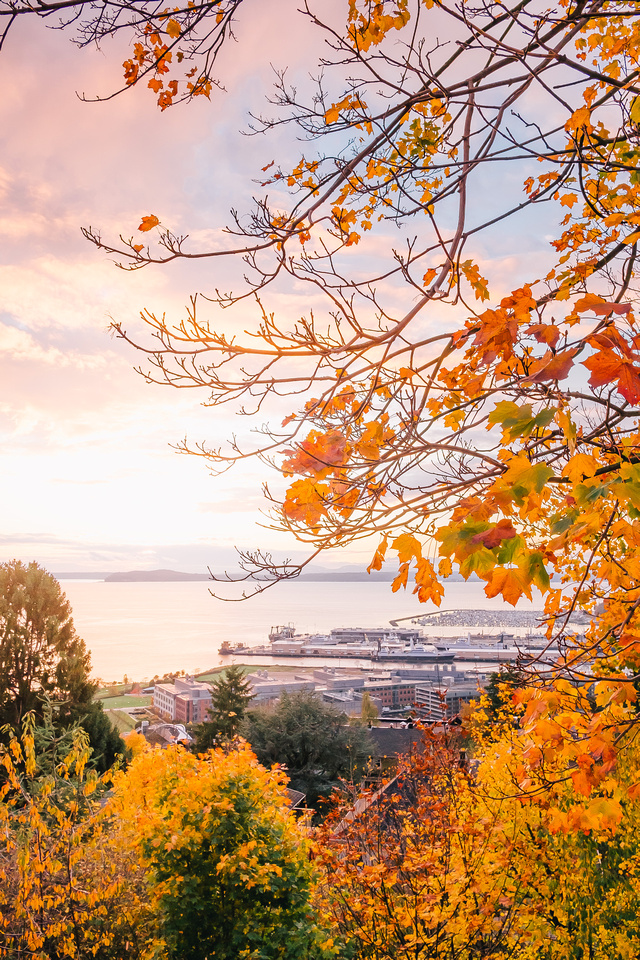 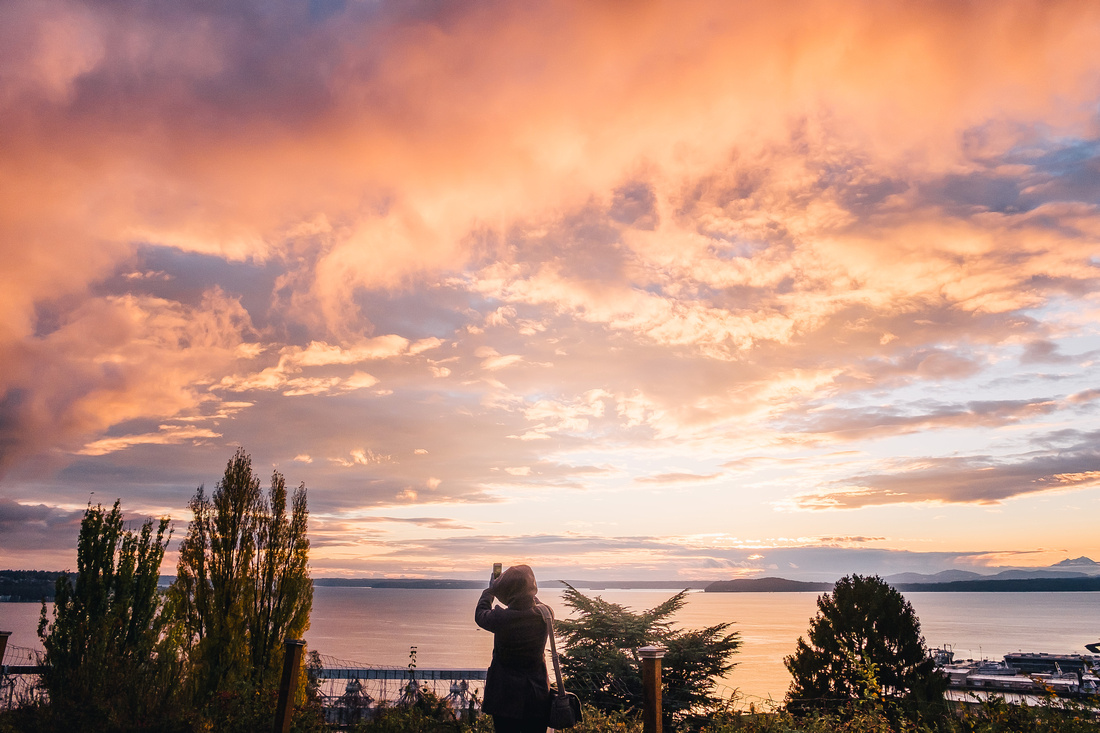 As part of the Seattle CityPASS, we made time to try out the Argosy Cruises Harbor Tour.  Not usually one for tours, but this one I would do again.  Definitely fun getting to see the city from a different view and hear the our guide talk about the different areas.  Also glad we decided to go as I was able to catch this cityscape that I otherwise would not have been able to get for obvious reasons. 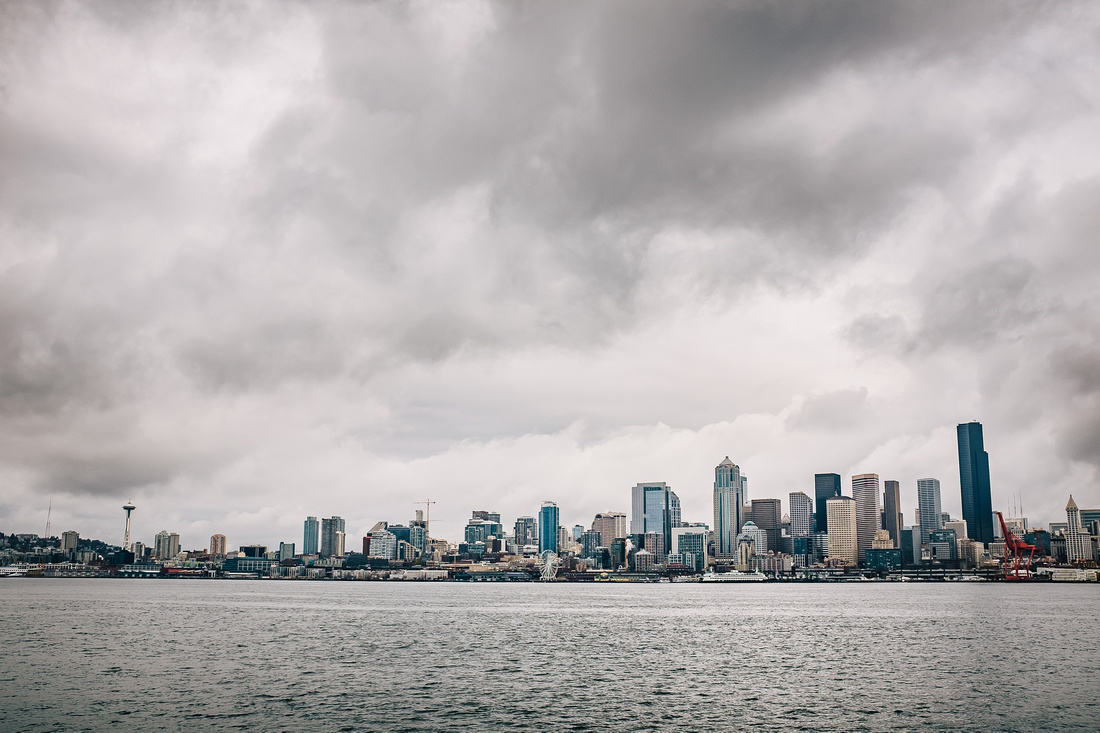 View of Seattle from the Harbor

Back to Kerry Park.  Definitely one of the most well known locations to photograph the Seattle Space Needle.  Cars line the street during the golden hour before sunset and the tiny park fills with onlookers.  We took these two photos on separate days, and being that this was Seattle in November, we were very fortunate. 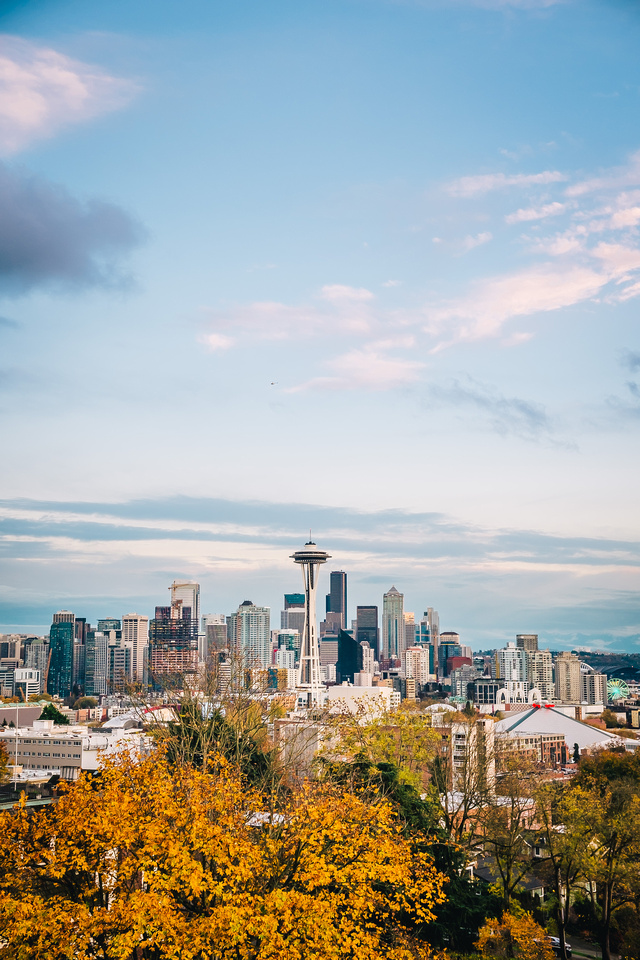 Catching some evening time cityscapes was also a goal that we had set for this trip, and once again, Mother Nature played nice for us.  The first photo was shot on the 12th Ave. bridge near Dr. Jose Rizal Park.  Interestingly enough, you have to time your shots around the traffic that drives over the bridge as the bridge shakes enough to render a long exposure useless.  The second photo was another shot we did back at Kerry Park early in the morning before the sunrise. 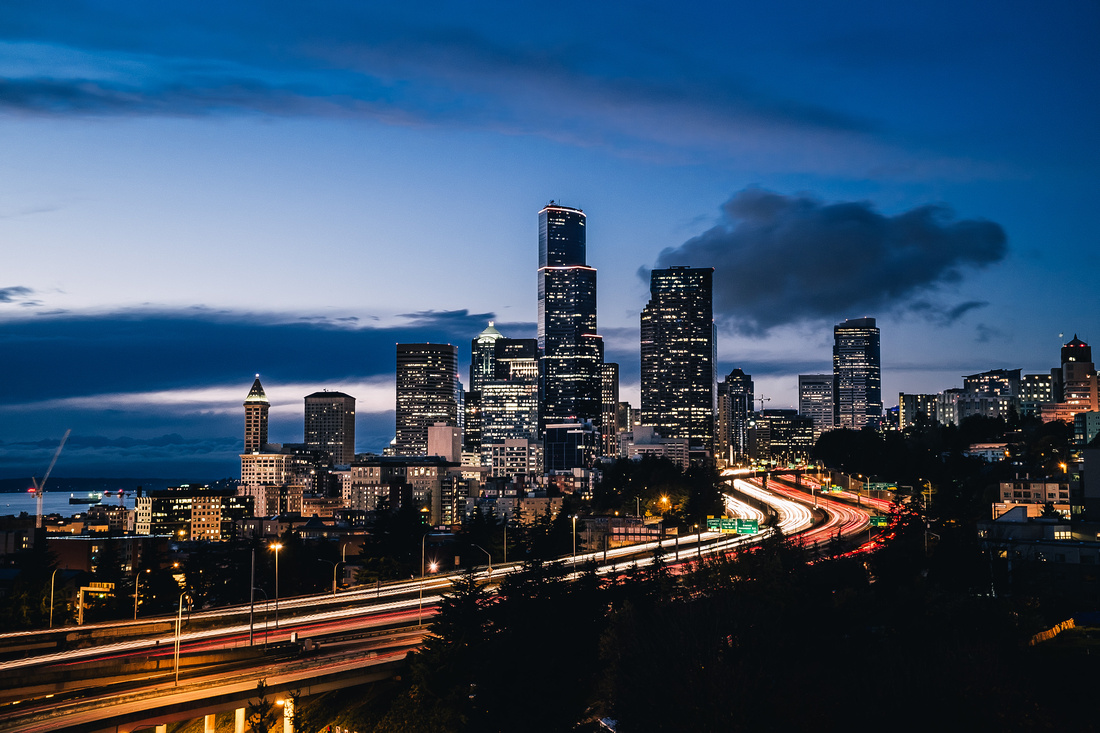 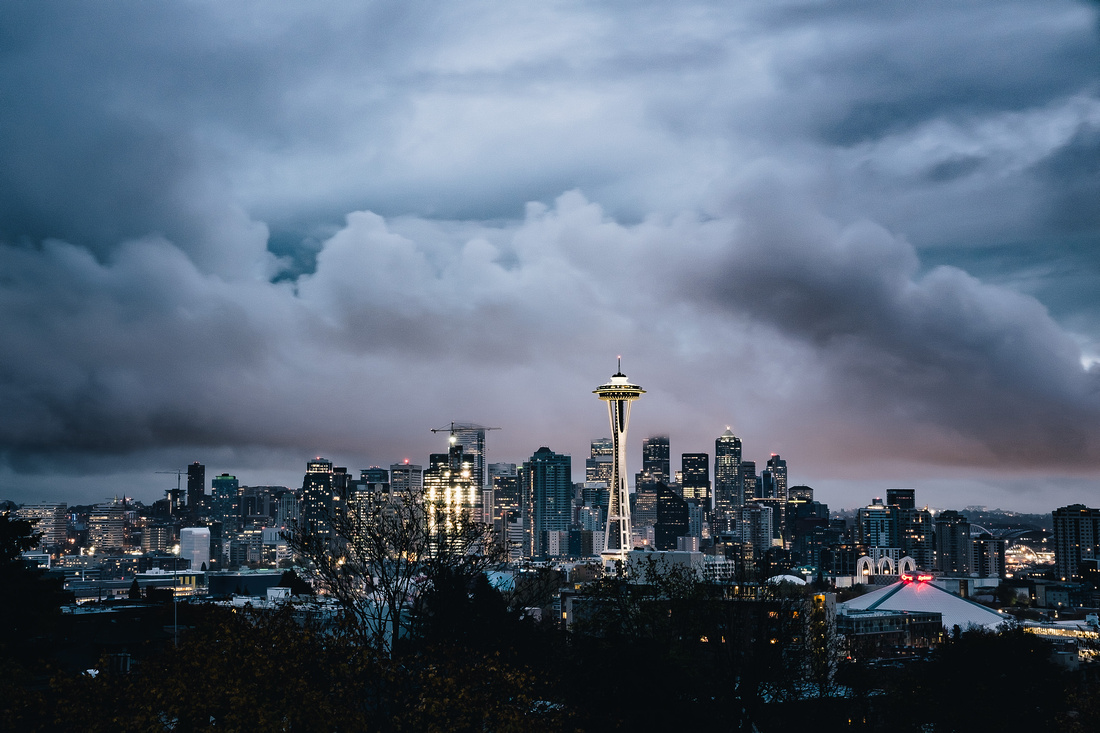 Lastly, on the last day of our stay, we made our way to the top of the Space Needle in time for the sunset.  Definitely a memorable way to wrap up a successful photo collection trip to Seattle.